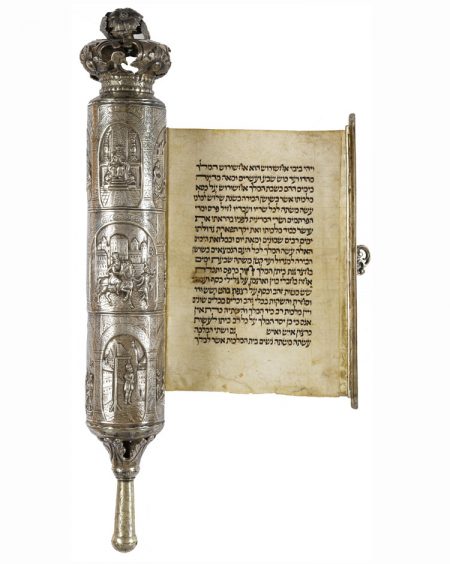 These episodes from the biblical narrative are rendered in skillfully worked repoussé and chasing, with careful attention to spatial settings and architectural backgrounds. A large openwork Hapsburg-style crown tops the case.