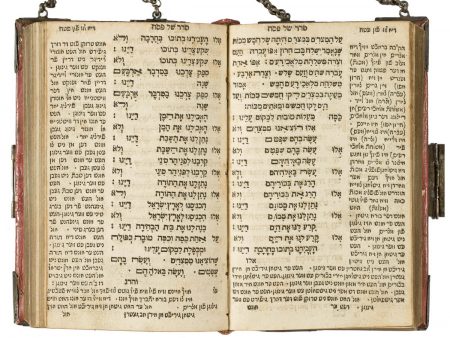 Jews have always appreciated attractive handwritten and printed books. They have collected books and valued important provenances, autographs by significant authors, and volumes with handwritten notes by previous owners. Special bindings, how- ever, have rarely been a major interest for Jewish bibliophiles. Many splendid Hebrew books have common, utilitarian bindings. It should be noted that there are great medieval bindings on Hebrew books, and that in seventeenth- and eighteenth- century Amsterdam, for example, preeminent local bookbinders were hired to bind Jewish books, especially Bibles and prayer books. Yet, special bindings on Hebrew books are rare; many Hebrew books in public collections that have exceptional bindings were bound by non-Jewish owners.

This limited interest in bookbindings in the Jewish world, in comparison to the Christian one, may be explained in part by the particular status of books within the two religions. In Christianity, to quote Rowan Watson, “as objects of awe, the book joined the cross and crucifix as a major element in the iconography of the Roman empire’s new state religion.
. . . The image of the codex was used to represent the word of God, the source of salvation for the individual and for society as a whole.” In Judaism, however, the outer shape of the book in its bound codex form was never part of the “iconography of the religion.” This place was reserved for the Torah scroll.

The tooled binding of this otherwise unrecorded, printed, daily prayer book features chains and a ring to carry the book, most likely by attaching it to a belt. Such books were popular from the Middle Ages through the late sixteenth century; their suspension from a belt allowed them to be read at any time. Such a binding on a Jewish prayer book of the second half of the eighteenth century is apparently a unique occurrence. [es]