End of the Fourteenth Century 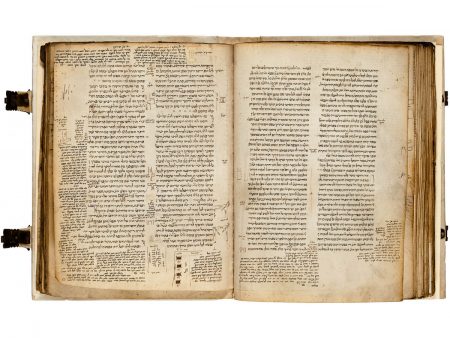 This manuscript is probably among the oldest copies of the first section of one of the most influential Jewish codes, Jacob ben Asher’s Arba’ah Turim (Four Rows). In this, the first of the four parts of this halakhic work, the author deals with laws about prayers and the synagogue. Jacob was the son of another great rabbi and codifier, Asher ben Jehiel. At the beginning of the fourteenth century Asher left Germany and settled in Spain, “a German rabbi on Spanish soil.” In the works of father and son the teachings and methodologies of two distinct rabbinical schools found a harmonious blending, as they display both Sephardic and Franco-German aspects. In the sixteenth century Jacob’s code was characterized by Rabbi Abraham Zacuto as “very useful, for both the learned and unlearned, [as it was] better organized than all previous [works].” Perhaps the main reason for the success of the Turim is that it has a “universal Jewish character.” The canonical Shulhan Arukh by Joseph Karo follows the arrangement of Jacob’s Turim.

Countless commentaries and glosses were com- posed to accompany the Turim. The Braginsky Collection copy of this manuscript also contains copious marginal glosses, including some Slavonic ones. In the glosses reference is made to an other- wise unknown commentary, called Sova Semahot. In addition to the glosses, there is an autograph note by the influential fifteenth-century German rabbi, Jacob Weil. The text of the Tur itself in this manuscript offers variant readings to the standard editions. There are also some unknown responsa in the manuscript by Rabbi Israel Isserlein, of Germany- Austria (1390–1460), the author of the well-known book, Terumat ha-Deshen. Thus a relatively slender volume provides a dynamic view of the continuous process of rabbinic learning and teaching. [ m s ]