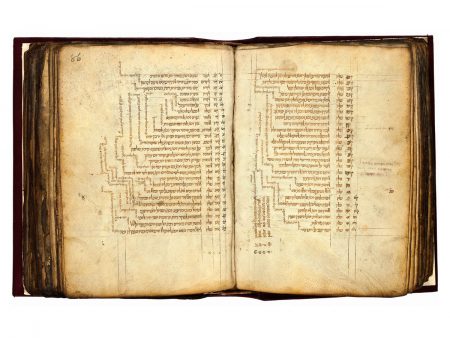 Isaac of Corbeil (d. 1280), also known as Ba’al ha-Hotem, perhaps because of his prominent nose, authored
the Sefer Mitzvot Katan (SeMaK), the Small Book of Commandments. He divided the 613 positive and negative biblical commandments, and a few addition- al rabbinic ones, into seven daily sections to be read sequentially and completed once a week. Rabbinic leaders in France instructed students to copy the work into their prayer books and recite the daily read- ing of the commandments instead of supplications or the book of Psalms.

The SeMaK quickly reached Germany where it was rec- ognized as an authoritative halakhic work. Often com- ments and glosses in the form of rectangular shaped “windows” were added in the margins or in the text itself producing aesthetically pleasing and imagina- tive page layouts. By not identifying the source of these glosses, scribes frequently created difficulties in determining authorship of the commentaries.

The three manuscripts discussed here exemplify the complex diffusion of the SeMaK. The latest (BC 115) contains the glosses of Moses of Zurich, who lived in Zurich in the middle of the fourteenth century. There is disagreement whether he and his students died

in the pogroms following the Black Death or if he es- caped to Bern. Manuscripts containing Moses’ glosses are called the Zürcher.

The other two manuscripts (BC 240 and 182) originally formed one volume. Their scribe, Moses Winik, whose name is derived from Windecken, near Frankfurt am Main, lived in Cologne in the 1390s. Later he moved to Treviso, Italy, where he died in 1411. His tomb- stone indicates he was the head of a yeshiva. He corresponded with rabbinic contemporaries and engaged in mystical studies. A charm for the healing of burns is attributed to him.

Moses Winik copied the SeMaK and a prayer book together, as was customary. He also added a com- mentary, referred to as Gournish. Although several rabbinic works with this name are known, its ety- mology is undetermined. [ms]