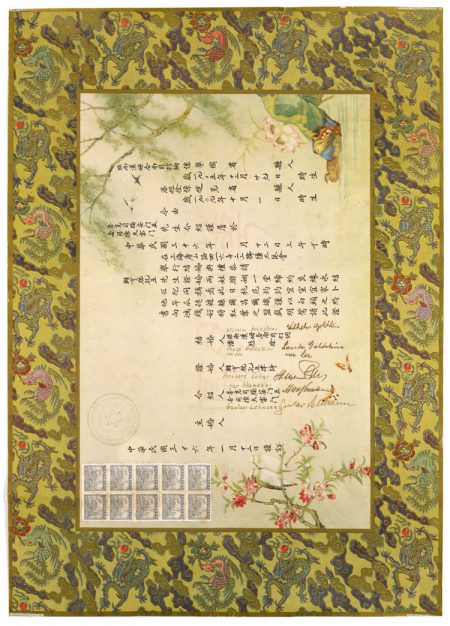 This is not a marriage contract proper, but rather an official document in Chinese in which a wedding was confirmed before of an official of the Communal Association of Central European Jews in Shanghai. The wedded couple belonged to a group of some 18,000 Jewish refugees who managed to reach Shanghai between 1933 and 1939. In February 1943 the Japanese did order the Jews to live in a designated ghetto-like area in the Hongkou part of the city, but they never delivered the Jews to the Germans. The 41-year old groom was born in Austria and worked as a locksmith, the bride, who was four years younger, was born in Czechoslovakia and worked as a tailor in one of the ghetto’s many fashion salons. In 1947 some 12,500 Jews still lived in Shanghai.