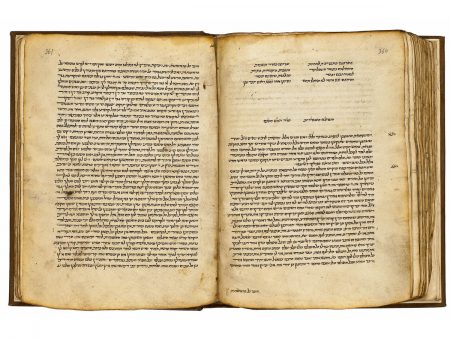 Although his exact dates are unknown, Zedekiah ben Abraham Anav of Rome is believed to have lived there between 1225 and approximately 1297. He studied in Germany with famous halakhic scholars such as Jacob of Wuerzburg (13th century) and Meir ben Baruch of Rothenburg (d. 1293). Zedekiah’s main work is Shibbolei ha-Leket (Ears of Gleaning), one of the first attempts in Italy to codify Jewish law. It en- compasses a systematic overview and discussion of the rules concerning the liturgy and laws of Shabbat, holidays, and fasts, interspersed with other halakhic material. It has a strong Ashkenazic tone and makes no mention of the works of the great Sephardic codifier Moses Maimonides (1138–1204). Shibbolei ha-Leket has twelve sections, subdivided into a total of 372 numbered paragraphs.

Zedekiah ben Abraham was a member of the well- known Italian Anav, or Anau, family, most of whose members lived in Rome during the Middle Ages. The Hebrew designation used by the family was min haanavim, “of the Anavs.” Family tradition had it that they descended from one of four aristocratic families of Jerusalem who were brought to Rome by Titus after the destruction of the Temple in Jerusalem in the year 70. Famous members of the family included the lexicographer Nathan ben Jehiel (ca. 1035–1106), au- thor of the dictionary Arukh, and Jehiel ben Jekuthiel Anav (second half of the 13th century), an important author on ethics and the scribe of the famous Leiden manuscript of the Palestinian Talmud (Leiden, University Library, Or. 4720). Other family members were important halakhists and poets.

The Braginsky manuscript, although undated, may have been copied during the lifetime or shortly after the death of the author; it is among the earliest surviving copies of the text. The two scribes who copied it left their mark in the work by embellishing their names when they appeared as an acrostic in three consecutive lines of text (“Moses” on page 165) or

in full within the text (“Samuel” on pages 292 and 397). The page published here is the beginning of the tenth section, which deals with the laws concerning the New Year. [es]