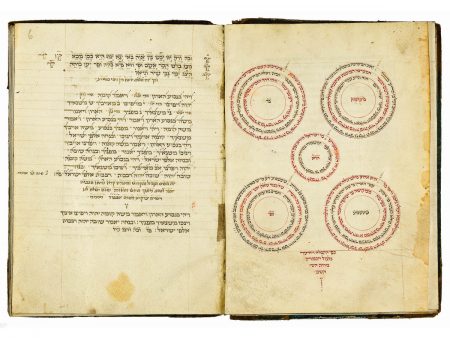 Judaism has always reflected two opposing attitudes toward Kabbalah. The first seeks to limit the study and practice of Jewish mysticism to a limited circle of students as an esoteric system, while the second wants to reach out to larger Jewish audiences. In medieval Spain one of the most important kabbalists was Abraham Abulafia (1240–after 1291). Abulafia did not consider Kabbalah to be a form of gnosis, or a theosophical theory; his conceptions of Kabbalah have little or nothing to do with the well-known kabbalistic schools that concentrate on the Sefirot, or the structure of the Divine being. Instead, through certain mystical techniques and experiences, Abulafia attempted to achieve a state of prophetic- mystical ecstasy, inspired by his conviction that the experience of the prophets was an ecstatic one and that all true mystics are prophets. Abulafia met with fierce opposition, but that did not prevent his doc- trine from becoming extremely popular.

Particularly important among his many works are his kabbalistic manuals, the best known of which is Hayyei ha-Olam ha-Ba (Life of the World to Come). It is also known as Sefer ha-Shem (Book of the [Divine] Name), Sefer ha-Iggulim (Book of Circles), or, as in the Braginsky manuscript, Sefer ha-Shem ha-Meforash (Book of the Ineffable Name). This work contains ten circles executed in red and black ink and 128 slightly different circles executed in black, which are, in fact, detailed instructions for mystical meditation. The seventy-two-lettered Name (arrived at by a combination of the numerical value of the letters in the names of the twelve tribes, the Patriarchs, and the nine letters of the words shivtei yisra’el [the tribes of Israel]) is recited while contemplating these circles, in which different Divine Names are broken down into new structures by means of combinations of letters. The reader is supposed to enter each circle at its “entrance,” slightly to the right of the top of the circle, indicated in the larger circles in black and red by a small twirled pen stroke. During these exercises the mystic is advised by Abulafia to withdraw into a house where one’s voice cannot be overheard. [es]